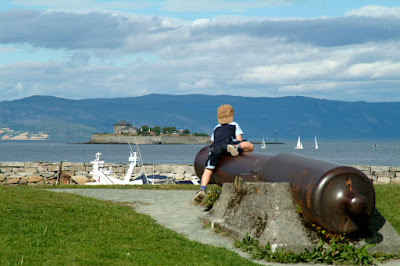 The Munkholmen was a monastery from 1100 to 1537. The monastery was the last stronghold of the Catholic church in Norway, but it was abandoned in 1537 when the Archbishop of Nidaros had to flee and the Church of Norway became Lutheran. The Munkholmen was a fortress from 1660 to 1825. It was a state prison from 1680 to 1850. And it was again a fortress, made modern, from 1825 to 1893. Today the island is a recreational area. A boat departing from the harbour Ravnkloa will take you to the island.
By Vaksinius
Newer Post Older Post Home